The cave "Cueva del Rull", one of the most beautiful caves in the hinterland, is located just 30 km from Denia near the small village La Vall d'Ebo on the roadside of CV-712. 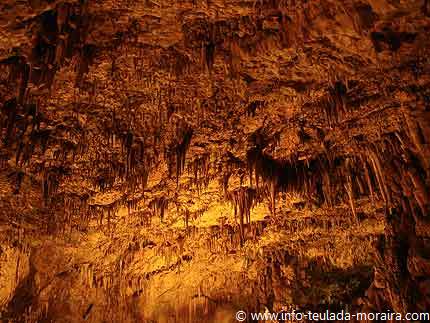 In 1919, the cave was discovered by chance by José Vicente Mengual (known as Tío Rull) when he was hunting rabbits. The hunted animal disappeared in a fissure without any trace, Tío Rull returned there the following day and discovered the access to the cave. 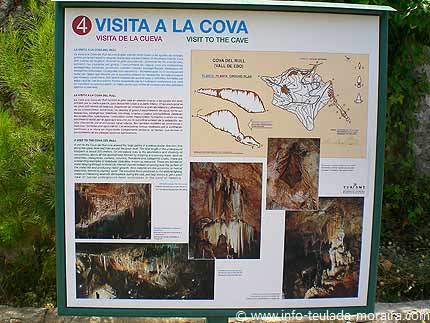 When the tourism increased in the 1960s, it was decided to make the cave available to the public. It was thus opened until 1970. When the Cueva del Rull was sold to the municipality of La Vall d´Ebó in 1995, renovation works began, and the lighting system and security arrangements were improved. On September 16, 1995, the Cueva del Rull was re-opened to visitors. 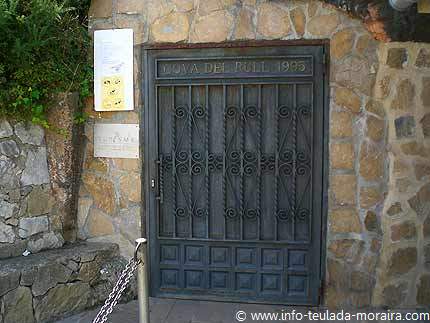 Only guided visits are allowed. The guided tour has a length of 220 metres and an elevation difference of 19 metres. The temperature remains constant at 15 to 16 degrees Celsius throughout the year. 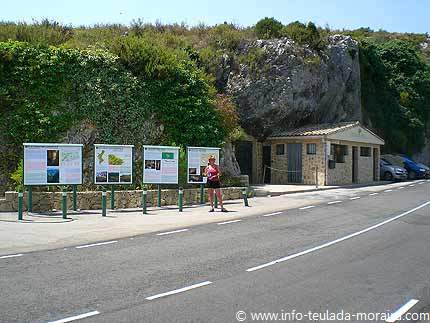 Directions:
From Pego, take the road CV-712 towards La Vall d'Ebo. After passing La Vall d'Ebo follow the direction of La Vall d'Alcalá for 1.5 km. You will find the entrance to the cave next to the road.
www.lavalldebo.org