Teulada-Moraira has various marked routes, which the nearly year-round pleasant weather make inviting to take. The municipality of Teulada takes up 32 square kilometers from which over 2.000 hectares are dedicated to different kinds of crops, amongst which the vine stands out. The landscape offers beautiful views to discover on horseback or by bicycle or even on foot. Here we have five wonderful routes for you to enjoy.

Through the street Calvo Sotelo, we get to the road "dels Castellons", where we find the Molí dels Castellons, one of the five windmills of those times. We continue towards the residential area called Urbanización Castellons Vida, the highest point in the area offering spectacular views 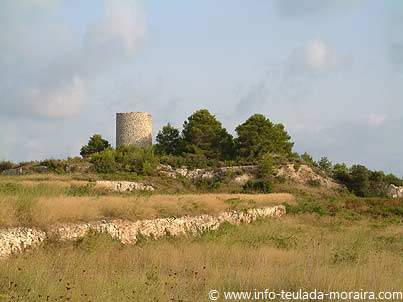 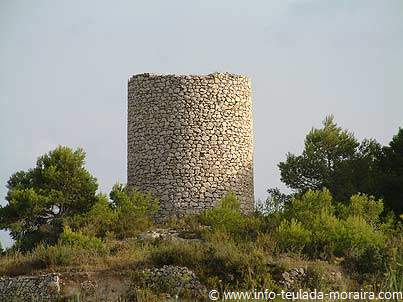 Leaving the Avenida del Mediterráneo through the road Sant Miquel we find the Creueta de I'Ave Maria (a wrought iron cross bearing an inscription in ceramics).This cross marks the place where, according to tradition, San Vicente Ferrer stopped and blessed the area, so avoiding the plague of the time destroying the village. If you take the road on the right, you will find the "Font de I'Horta", a very estimable fountain with two spouts. 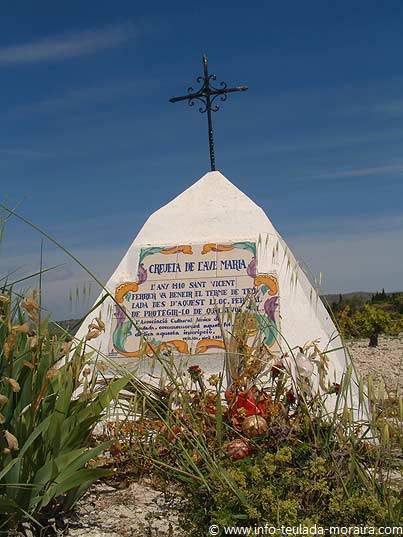 From Teulada, taking theTeulada-Moraira road, just a few metres away we turn right through the "Cami de la Sisca". This quiet route takes us, once more, to the Teulada Moraira road which we will have to cross to get to Font Santa. This fountain owes its miraculous origin to the hand of San Vicente who got water springing out from where there was none, so as to quench his sister Constanza`s thirst. Both in dry and rainy seasons, the fountain always flows with water.This pecualirity has converted it into a place of pilgrimage. By the fountain, there is a 19th century hermitage where local fiestas are held the first weekend of July. 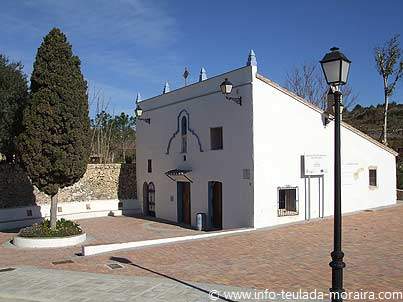 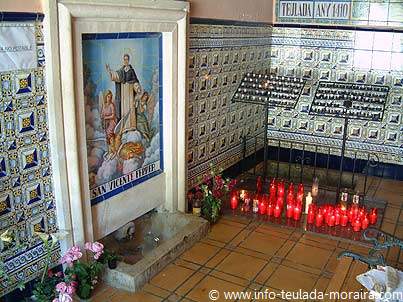 From Teulada, through the road "Del Pas" you can enjoy a pleasant walk or ride, by discovering the architectural buildings in the MarinaAlta district.There are "riuraus" and perfectly terraced plots used to produce the best agriculture of the area, being mainly vine and almond trees. We get to the Benimarfull street and are surprised to find a high plateau onto one of the most beautiful views in the whole region. We turn right into Calle Beniganim where we will stop to enjoy the panorama. Through the road of Fanadix, going down towards the sea, we get to the Cala Andragó 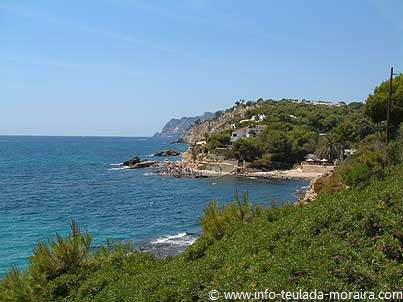 Approximate distance, 1.5 kms. Estimated excursion time, one hour.
We start the route from the Hermitage of San Juan Bautista, located at one end of the beach of El Portet, and built around the middle of the 19th century. Through the avenue of El Portet,we turn left to the Puerto Lápice street until we reach Puerto de Alcudia street, at the end of which we start the route on foot.There are some marks which will indicate the path to take to the tower. Here we have the opportunity to contemplate the wonderful views over the bay of Moraira, the Rock of lfach, I'Albir, the Aitana sierra and on bright days even the isle of Ibiza can be seen (a big reward for such a small effort). 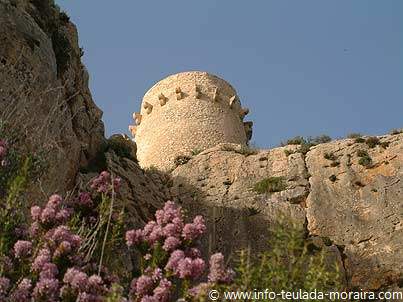 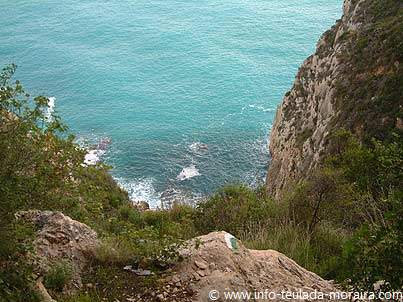 Approximate distance, 4.1 kms. Estimated excursion time, three and a quarter hours.
This route, through some of the loveliest and most enchanting areas in the municipality, will take you to the beach known as La Cala. To get there, go to the Portet area, and take the Camino de la Viuda trail to the top of Calle Canario, where you will see a wooden sign indicating the way. Follow the trail till you come to a fork, marking the halfway point, and turn right. The final stretch across a ravine is a bit rough, and you should proceed with caution. An alternative way is the trail to the left, just before reaching the La Cala beach. This trail is very uneven, but when you reach the top it becomes flat and can be followed with no difficulty to the vicinity of the Playa del Moraig beach, in the municipality of Benitachell. 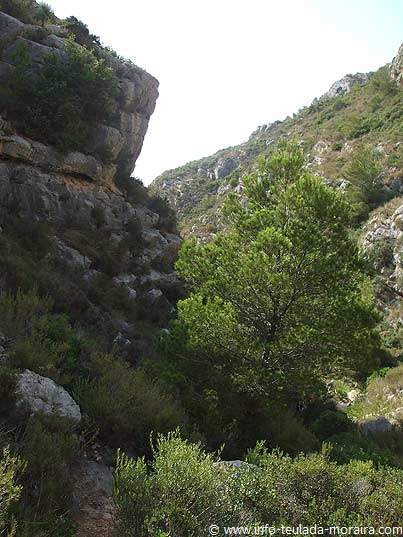 You should carry water with you and use proper footwear, following the signs and respecting nature by not littering, lighting fires or camping.

For the risk lovers exists the possibility of climbing on the vertical cliffs of the Cap d’Or peninsula, with a maximun high of 166m and 45º of inclination