The Palm Garden of Elche

Europe’s only palm garden, the “Palmeral”, is 2km long and 1km wide, and winds like a belt around the historical town of Elche. Since the year 2000, it holds a title from UNESCO for world cultural heritage. Over 3,000 palms and cacti grow in the geometrically shaped groves laid out throughout the gardens. 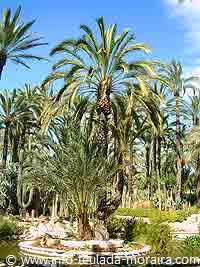 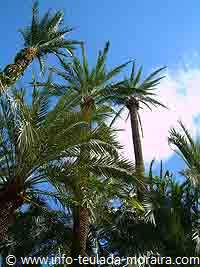 In the “Huerto del Cura”, a botanic garden in the midst of the old town of Elche, you will find the seven-branched Palmera Imperial, or emperor palm; a unique replica of a date palm tree whose trunk branches in seven directions. 165 years’ old and weighing approximately 8 tons, it owes its name to Empress Elisabeth of Austria (Sissi), to whom Kaplan Castaño dedicated the palm during his visit in 1894. To commemorate this visit, a small bust stands at the north side of the emperor palm, by a small pond. 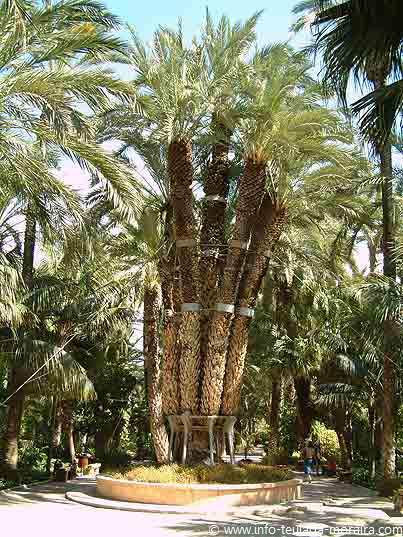 The “Dama de Elche” is an Iberian Bust which was discovered in Elche in 1897. The original stands today in the National Aerchological Museum of Madrid. 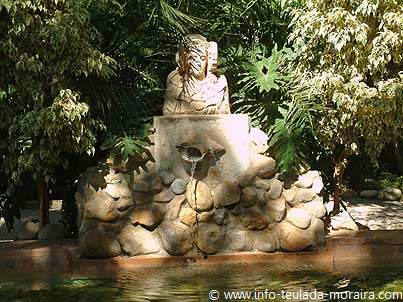 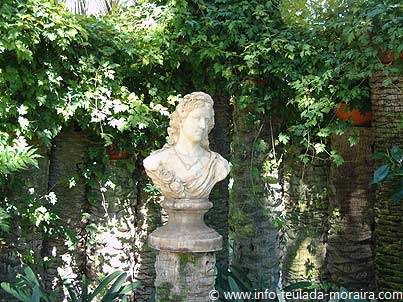 In addition to palms, other tropical Mediterranean trees and plants may be found, such as orange, pomegranate, carob and artichoke. 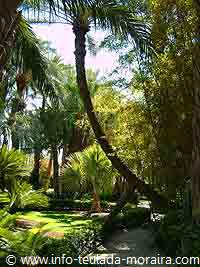 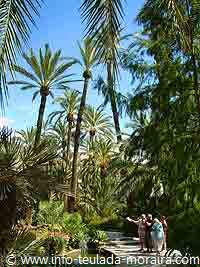 but it is also worthwhile taking a stroll down the small lanes and roads of the old town to visit one of the many museums or the Arabian baths, which date from the 12th century. In addition, there is ample opportunity to go shopping in one of the many shoe factories in the area.