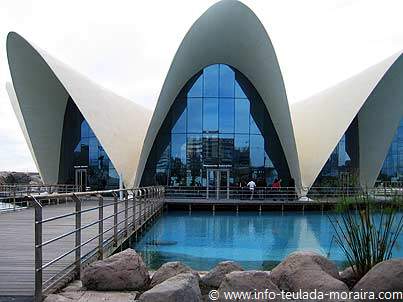 The Oceanografic is the largest sea centre in Europe. Over 25,000 animals comprising 500 different species live in the Park, including dolphins, sharks, sealions and penguins.
The Oceanografic is divided into 9 zones, such as the Mediterranean, Atlantic, Red Sea and North Pole zones. Particularly worth a visit are the Dolphinarium, Marsh Lands and Arctic Sea zones.
A trip round the entire Park takes approximately 3 - 4 hours.

The dolphinarium comprises a total of five pools containing 26 million litres of water, allowing for the upkeep, study and exhibition of a group of bottlenose dolphins. A bioeducational display shows their behaviour, intelligence and amazing skills. 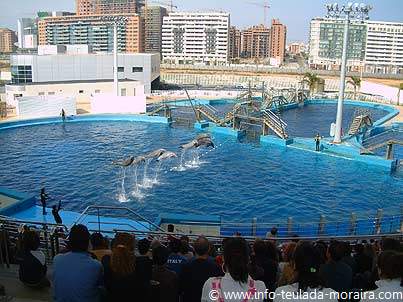 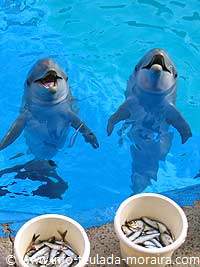 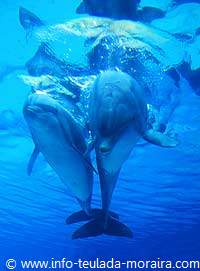 A spectacular sphere 26 metres in diameter houses two ecosystems that form a transition area between the sea and land: tropical mangrove forests and Mediterranean marshlands. 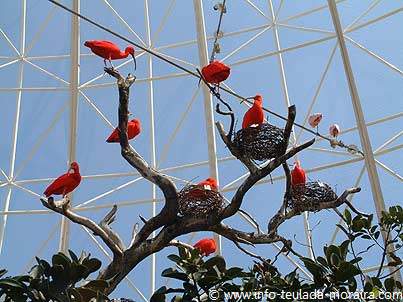 The biological diversity of the sea that bathes the Eastern shores of the lberian Peninsula is displayed in seven aquariums, A visit to this tower will show how the different communities of organisms change in appearance as the sea's depth increases 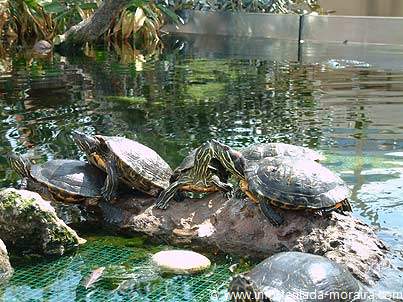 The Red Sea Auditorium is a magnificent hall with a capacity for over 400 persons. It pays tribute to the beautiful Red Sea, considered by scientists and underwater divers to hold the planets greatest marine treasures. This auditorium may remain closed to the public during the organization of events. 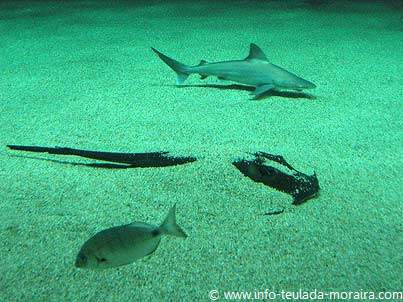 The immensity of the oceans holds much that is fascinating and yet unknown. A single aquarium containing 7 million l¡tres of seawater links two towers, and displays sharks, elegant rays, large oceanic fish, as well as schools of hundreds of sparkling silver fish. 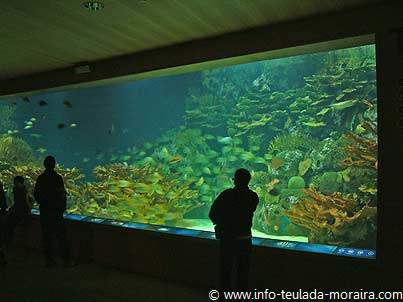 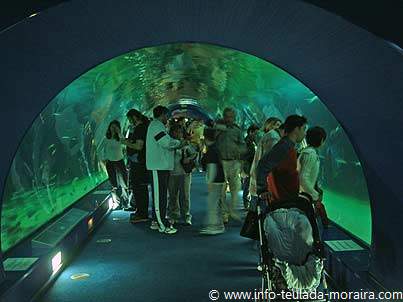 Two large aquariums show two surprising ecosystems that represent the temperate latitudes the kelp forests of the Californian coast and the sea bed of the lzu Peninsula in Japan. An underwater tunnel 70 metres long gives us a close-up view of numerous species. 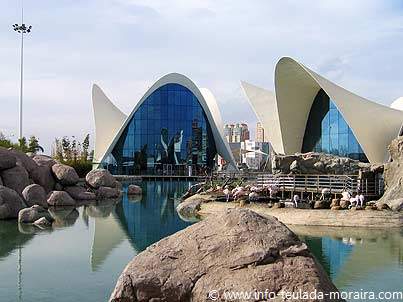