A worthwhile visit would also be a trip to Teulada old town, where you can see the Eglesia Fortalesa de Santa Caterina, a church housing one of the oldest existing organs in the region. Next to this is the Ermita Divina Pastora chapel, the date of construction of which is unknown. Other attractions include the travellers' chapel of Sant Vincent Ferrer, which was created in the second half of the 18th century (c.1767) and built in the following year, and on the road from Teulada to to Moraira you can visit the Font Santa travellers' chapel, which is dedicated to the holy Vinzenz Ferrer. 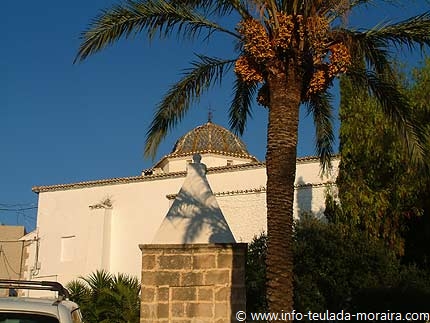 All objects of interest of Teulada:

The Church Fortress of Santa Caterina - Església fortalesa de Santa Caterina
This building served two purposes - religious and defensive - and is without doubt one of the most important edifices in the municipality. >>> read more

Hermitage Chapel of Saint Vicent Ferrer – Ermita Sant Vicent Ferrer
This chapel was constructed in the second half of the 18th Century, from 1767 onwards >>> read more 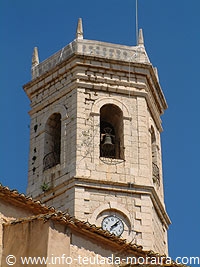 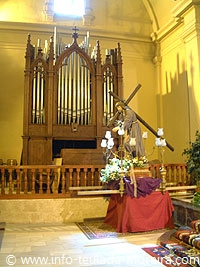 This building served two purposes - religious and defensive - and is without doubt one of the most important edifices in the municipality. In 1562 the Italian engineer J.B. Antonelli oversaw the fortification of the church against constant attacks by Berber pirates.

The construction of this magnificent building took 35-40 years to complete, the burden of which was undertaken by the inhabitants of Teulada: in1574 for example, over 600 townspeople worked on this project. 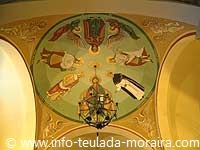 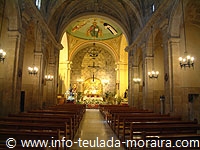 The church consists of a basic building plus a series of extensions that date from the 18th Century to modern times. The basic section of the parish church dates from the 16th Century and consists of an east facing nave, with altars between the pilasters. The crypt is formed by a number of crossed arches and a five sided apse supports the star studded cupola.

The first extension took place around the 18th Century, reputedly to prolong the old floor in the form of a latin cross; this was lost when defense charactaristics were added to the church. Between the 19th and 20th Centuries the communion chapel was built, as well as various auxilliary buildings annexed to the vestry. The old round tower was replaced by the new hexagonal bell tower, which is constructed from ashlars (large square cut stones): the base is 24 metres in diameter and the tower stands 30 metres high. 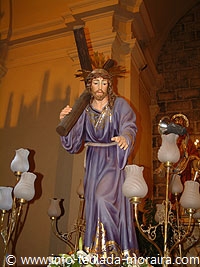 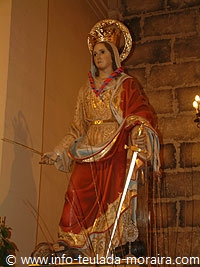 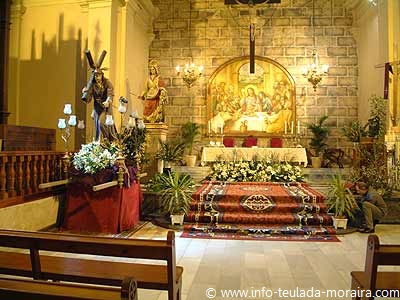 The chapel is located alongside the Santa Catalina parish church. Its construction date is unknown, but the chapel was renovated in 1861 and the bell installed in the bell tower in the 1870s. In 1986 restoration work was carried out on part of the bell tower's facade and cover.

The chapel, and its flat pointed bell tower, is baroque in style but the gate is from the Renaissance period. 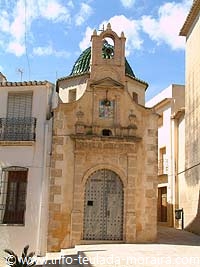 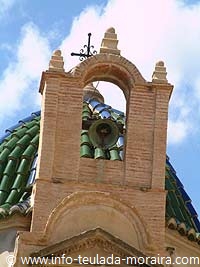 This chapel was constructed in the second half of the 18th Century, from 1767 onwards. In 1793 Don Blai Estruc planned and painted the chapel's interior, which was blessed on 29 March 1797 by the then rector of Teulada, Dr. Juan Martínez. The chapel has a rectangular floor of 16 metres by 19 metres, and is constructed from sandstone. The dome is characterised by a combination of multicoloured roofing tiles (blue, green and white), which contrast wonderfully with the plain whiteness of the chapel. On the altar stands a 16th Century portrait of the Holy One, Vincent Ferrer, as well as a statue of the Eternal Father (which is possibly all that remains of the original altarpiece). 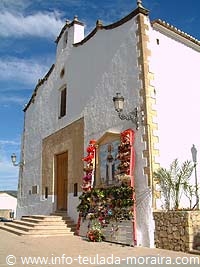 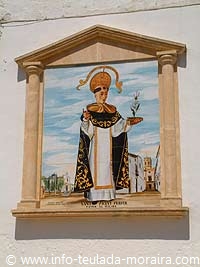 By the chapel, some 17m away, is a further smaller chapel with a pyramid-shaped roof. According to legend, it is here that Vincent Ferrer preached when he said goodbye to his people. Inside the chapel hangs a pictorial representation of this historical event, painted in1985 by Paloma Maynar. 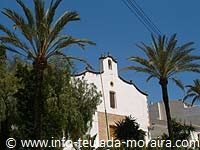 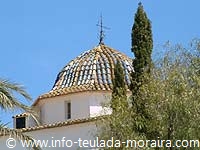 The Sala de Jurats i Justícies were constructed in the second decade of the 17th Century, when the city was undergoing a period of urban, ecological and demographic expansion. The roof´s border shows the numerals 1620, which is probably the date when the building was completed. Restoration and remodelling of the building has taken place in subsequent years. At the beginning of the 20th Century rooms' columnar arches were regularly bricked up and re-opened, depending upon which party was in power. The Jurats i Justícies is a good example of 17th Century architecture. It is rectangular in shape, has a south facing vista and is constructed from tufa (a porous, calcium based rock). In1639 a sundial was installed in order to make full use of the building's favorable situation. 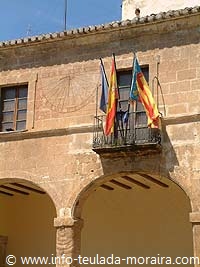 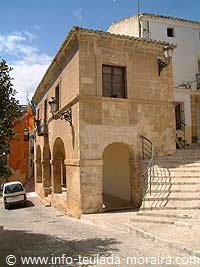 Hermitage Chapel of the Font Santa

On the road from Teulada to Moraira lies the chapel of the Font Santa, which is dedicated to the holy Vincent Ferrer. Beside the actual chapel, and in the same building, water can be seen leaking through the rockface. According to legend, in the 15th Century Vincent Ferrer, on request of Sister Constança who lived in Teulada, performed a miracle by causing water to gush from the stone. Since then water constantly drips from this source, irrespective of the level of rainfall in the area. Each year, on the first Sunday in July, the traditional Fiesta of the Font Santa is celebrated around the chapel. 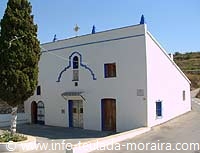 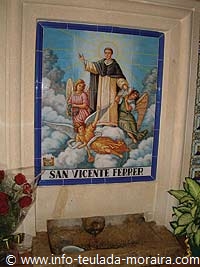